This web site has been moved from ‘http://www.lifephys.dis.titech.ac.jp/oqol2014/’

Open Questions on the Origin of Life 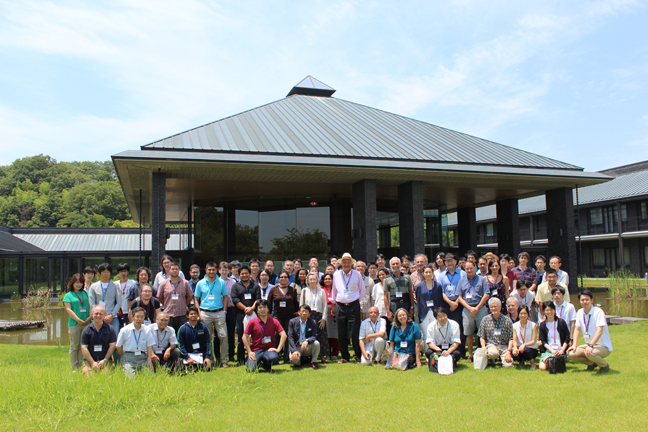 A WORKSHOP AT THE END AND IN COMBINATION WITH THE ISSOL MEETING (ORIGINS2014).

The scientific question about the origin of life is still unanswered: it is still one of the great mystery that science is facing. We all accept the 1924 idea of Oparin, according to which life originated from the inanimate matter through a long series of step of increasing molecular complexity and functionality. The real mile stone came 1953 with Stanley Miller flask experiments, showing that amino acids can be formed under prebiotic conditions from a mixture of gas presumably present in the prebiotic atmosphere. Which conceptual progress have we made since then? It is too much to say that we didn’t really make any, if we look at data under really and honest prebiotic conditions?
Adding that this situation is not due to shortage of means and finances in the field- but to a real lack of difficulty to conceive conceptually how this nonliving-living passage really took place?

This is perhaps a too provocative way to introduce the OQOL workshop which will take place at the IIAS (International Institute for Advanced Studies) of Japan and July 12-13, 2014. In fact, while the larger ISSOL meeting should shed light on the new results and progress, the purpose of the OQOL workshop is to indicate instead the shadowy, un-answered aspects of the field. To what extent is this due to the fact that the perhaps the right questions have not been asked, or pursued experimentally? For example: how to make ordered macromolecular sequences in many identical copies under prebiotic conditions? How do you go from a prebiotic chemical scenario containing only ten basic amino acids to a first form of biochemical metabolism? How do you go from the chemistry of reactions under thermodynamic control (production of the Miller’ amino acids) to the chemistry of kinetic control- which necessitates catalysts? Did the hypothesis of the prebiotic RNA-world produce any significant fact for understanding the origin of life?

You may have different views on the more important open questions, but the main point is, that the OQOL workshop is the place to rise and critically discuss all that: which questions are un-answered, and why. Including the discussion on the novel approaches one should pursue in order to make progress along these questions.

This would be the fourth of such meetings. The first one took place in Erice, Sicily, in 2006, where I had the collaboration of Pasquale Stano; the second one in San Sebastian, Spain, 2009, with Kepa Ruiz Mirazo; the last one in 2012 in Leicester, with the collaboration of Raine Derek. This year will be the turn of Masahiro Takinoue, who will work with me in the organization of the two days in July 2014. The proceedings have been published until now by Alan Schwarz in a special issue of The Origin of life and Biosphere.

In these two days in July, we will have the time to discuss only about seven questions. These will be chosen by a kind of poll vote from a list of 15 questions which have been raised by the participants of the previous three OQOL meetings.

These seven questions will be presented in our blog in the next few months, with the request to you, whether you are prepared to come to the workshop and present your answer to any of these questions, sending a short written text. No abstract of your standard talk, just the answer to the question. Three speakers will be selected for each question, who can present their view in 20 min. time each , (total one hour) followed by ca. one hour of discussion, for each question.